Cutting the Pool Baby in Half 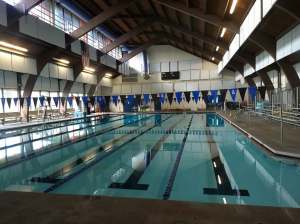 The water surface was as smooth as glass during its last week of limited operation in mid-February, when it was open to accommodate the OHHS Boys Swim Team and the North Whidbey Aquatic Club. All appeared calm from above, but underneath swirled the stormy seas of controversy that have plagued the Vanderzicht pool for several years. With the failure of the NWPRD Levy, Executive Director Steve “Caz” McCaslin and one of the remaining pool employees wear more hats than before, including custodian, cashier, and water quality manager in addition to those of their regular duties.

In the budget that Caz prepared and presented to the Board (based primarily on cash on hand revenue), he suggested the elimination of the ED job first since it was the highest cost to the District, which means he will be out of a job in the next month or two. While trying to grow the team and subsequent dues to cover the  funding of NWAC coach Caz noted, “Most programs at the pool lose money and we were working to fix or minimize that loss.” Caz believes that Richard Fort’s October 24, 2017 Letter to the Editor, in which the then-Commissioner discussed the disparity in fees lane use fees for OHHS versus NWAC swimmers and that, “…because of past spending from our reserve account, we may still need to come back to the taxpayers in a couple of years for a pool repair bond” was likely one of the factors that negatively influenced some ballot-in-hand voters.

Six years prior, on October 25, 2011, the WNT printed the first of several Letters submitted by Mr. Fort critical of funding for Master’s and NWAC, “two swim clubs which have only 100 or so members get to use…a large portion of the pool time and are funded in the budget at near $100,000 (about $1,000 per member)…if the NWPRD levy fails the pool will not close permanently, the users of the pool will find a fairer way to fund it.” This prophetic letter was just a nick in what would become cuts of controversy deep enough to sink the Levy and suspend operations at the Vanderzicht pool. 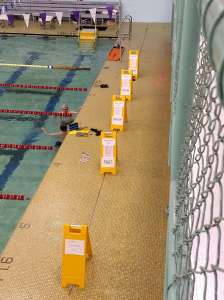 I learned three months ago that the NWPRD Levy had failed about the same time that circle swimming signs appeared at the Fidalgo Pool where I have swum since we moved from Oak Harbor to Anacortes. I wanted to know more, so I read everything I could find everywhere I could find it. And when I couldn’t find anything at www.oakharborpool.com (because it had recently, inexplicably disappeared and is now Under Construction), Caz offered to meet with me.
If you haven’t been paying attention, here’s what you’ve missed:
August 16, 2011 NWPRD Levy fails (56.70%).
October 25, 2011 WNT prints Fort’s first Letter, Reform Pool, then save it.
November 8, 2011 NWPRD Levy passes (63.17%).
December 2011 Craig Carlson resigns after eight years as NWPRD Executive Director (ED), NWAC Coach Neil Romney serves as Interim Director (ID).
June 11, 2012 NWPRD hires Bill Walker as ED.
June 4, 2012/October 2012 $1.5M/$2.1 M settlements in claims of 1990s sexual abuse by former NWAC Coach Andy King are reported.
November 2012 ED Bill Walker fires NWAC Coach of 10 years Neil Romney weeks after firing the swim club treasurer Vikki Robinson for not providing him access to NWAC financial records, prompts fraud investigation.
March 2013 NWPRD hires NWAC Coach Bill Patterson.
October 2013 WNT reports on the NWAC financials findings in the Fraud Report (1/1/11 through 12/31/12. At the time of the firings, a former NWAC treasurer and a fellow NWAC parent were about $11,000 in arrears in fees. Once it was reported, both paid the outstanding balances.
November 2013 ED Bill Walker resigns, “The NWPRD Board of Commissioners, tasked with setting policy for the Oak Harbor Pool and its programs, is made up of…four…NWAC team parents and one North Whidbey Masters swimmer…[so] the commission’s impartiality becomes increasingly suspect…The NWAC/Masters program…comes in at a deficit of over $40,000 per year, which is covered by you, the taxpayers.”
March 2014 NWPRD settles wrongful termination lawsuits, ‘Romney and Robinson will both receive “small cash settlements” of less than $20,000 each, McDougall said. They originally asked for damages in excess of $100,000 and to be re-instated. Letters of resignation will also be placed in their employee files at the district under the settlement.’
May 2014 NWPRD hires Gino Wolfe as ED.
August 2014 NWPRD terminates NWAC Coach Bill Patterson.
December 2014/January 2015  NWRPD hires Dick Taylor as NWAC Coach. Gino Wolfe resigns as ED. Erika Miller serves as ID.
August 5, 2015 WNT In Our Opinion, Now is the time to plan for pool’s future, “the parks district has less than $100,000 in its reserve fund.”
September 16, 2015 WNT publishes Keeping Oak Harbor swim club afloat comes at a cost, “Ideally, each aquatics program should pull its own weight in terms of funding, according to interim aquatics director Erika Miller,” but, “Miller said that the majority of swim teams she’s worked with were partially subsidized, and noted that all district programs receive some taxpayer funding.”

During the past few weeks, I’ve poured through WNT articles and Letters, the 2011-2012 fraud report, Island County court records and Washington State Charities programs documents, spoken to Executive Director Steve McCaslin and reached out to one former (no response) and one current Commissioner (Wendy Shingleton) for information and answers. Caz noted that he and the NWAC Coach recommended to the Board at the June 23, 2016 Meeting that NWAC be given three years to build the team to a level that could be self-sustaining. No official action was taken, but he wishes they’d have been given that chance.

Commissioner Wendy Shingleton’s answer to the question, What are our chances of operating without a taxpayer subsidy? “I hope we don’t have to find that out, but…I believe there is a mandate to change the way the district operates for sustainability. In recent years, we have depended on 60% of revenue being levy money. We must find other revenue streams and perhaps even an improved operating model.”

With the formation of the North Whidbey Community Pool & Recreation Foundation, supporters of the Vanderzicht pool are on the right track to improve feelings about and funding for an important resource and the programs it serves for the North Whidbey community. Until it reopens, I know that Anacortians like me are happy to share the Fidalgo Pool with our neighbors to the south. 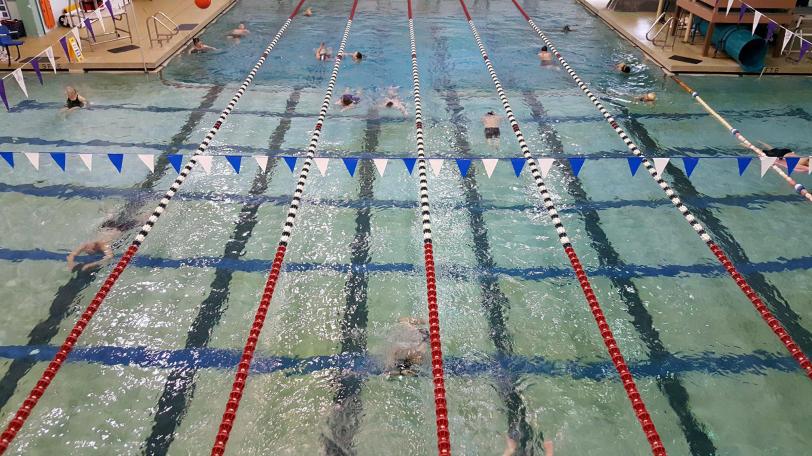 2 thoughts on “Cutting the Pool Baby in Half”