Ten Books Islanders Ought to Read

This week, Jack Hartt’s new book Exploring Deception Pass was published. A recent Whidbey News Times Article by Ron Newberry on the subject (State park manager shares tales and insight) suggests, “When one of Washington’s most breathtaking state parks is part of your everyday life for 12 years, you tend to gain some unique insight.” Anyone who reads Hartt’s book will agree. Exploring Deception Pass is filled with dozens of (b&w) photos and includes information about: the history of Deception Pass and Deception Pass State Park (DPSP); the park’s flora and fauna; specifics about trails, hikes, happenings, things to do, and suggested visitor itineraries; its workers, both paid positions and volunteer; personal anecdotes from the park manager and maps. In summary, you’ll find everything you ever wanted to know about Deception Pass and Deception Pass State Park somewhere within the 224 pages of this informative, insightful book.

After checking out this book every spring for several years so that I could identify the beautiful wildflowers that bloom in abundance at Deception Pass State Park, I finally bought a copy. I’ve found it to be the most useful, entertaining guide for local wildflowers, trees, shrubs, grasses, mushrooms, lichen and mosses.

Once when I was completely stumped about a sea creature that I observed at Cornet Bay and Sharpe’s Cove at Rosario, I asked a UW marine biologist for help. He told me I’d found metridium senile, common name: plumose anemone, and recommended that I consult “Kozloff.” It’s a little textbook-y, but very helpful for both super savvy marine biologists and amateur sea life fans like me.

The Good Rain: Across Time and Terrain in the Pacific Northwest by Timothy Egan

This 1991 collection of essays by Seattle native and New York Times journalist Timothy Egan is stuffed to the gills with facts about the wildlife, water and land  in and around the Pacific Northwest. Each chapter begins with a map of the area under consideration, categorized by region and topic, including: a reclusive mountaineer’s conquests in the Cascade Range, local volcanoes, the wild waters around “We Ain’t Quaint” Astoria, the history of Seattle, apple harvesting in the Yakima Valley, the Native American Puyallups, and logging in the Siskiyous of southwestern Oregon. Although with a preachy style that would make Rachel Carlson proud, Egan is a fantastic storyteller with the ability to meld anecdotes, facts and opinion in such a way that every chapter is absolutely engaging.

After hiking Oyster Dome and the Rock Trail in Bellingham and thinking about kettles and the erratic in Coupeville, I tried to find out more information about the geological features at these locations, which led me to this book. Twenty two chapters cover as many areas and include: Buried in Ice-Repeatedly Whidbey Island and Honeycomb Weathering Larrabee State Park. Since finishing it, I’ve placed several of the geologic adventures on my Things to Do list.

Once They Were Hats by Frances Backman 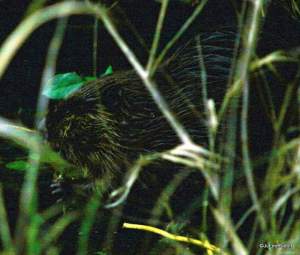 One of my obsessions during this past year was to observe a beaver in the wild, which I’d known exist in the Anacortes Forest Lands for years but had been unable to find. All that changed when I learned that DPSP is home to at least five of the skittish creatures. Earlier this year, I arrived several times at the Park with the sun (sometimes just as the rangers were unlocking its gates) in hopes of encountering a beaver. It worked! Author Frances Backhouse teaches creative nonfiction at the University of Victoria – and it shows. Her writing is as engaging and entertaining as it is informative. Each chapter in Once They Were Hats covers a unique topic about the largest rodent in North America.

After first hearing about Morris Graves from a brochure about the Tursi Trail, I became obsessed with this famous artist who lived on the fringes of Deception Pass State Park in the early to mid 1940s. The book contains not only telling excerpts of correspondence to and from the artist, but also photographs of the man and his work. My favorite quote is from a 17 August 1942 letter, “We must—we MUST so live that we can sensitively search the phenomena of nature—from the lichen to the day moon—from the mist to the mountain—even from the molecule to the cosmos—and we must dream deeply down into the kelp beds and not let one fleck of the significance of beauty pass unappraised and unquestioned and unanswered—for here we (you and I and others) have a profound lead via beauty into the characteristic of God, and if we will live searchingly close to nature, we become aware of His ever-presence that is the awareness that heals the world—“ Wise words from a master Mystic.

Gathering Moss: A Natural and Cultural History of Mosses by Robin Wall Kimmerer

Along with the basics about such things as what moss is, (p 13) “They lack flowers, fruits and seeds and have no roots. They have no vascular system, no xylem and phloem to conduct water internally,” and where they live (p 15) “Mosses inhabit surfaces: the surfaces of rocks, the bark of trees, the surface of a log, that small space where earth and atmosphere first make contact. This meeting ground between air and land is known as the boundary layer,” are stories, reflections and memories of these abundant (22,000 species) interesting (well…now they are) plants.

The Mushroom Hunters by Langston Cook 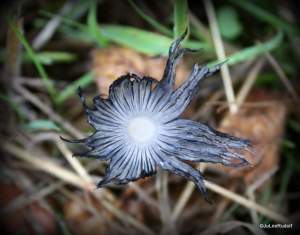 Author Langdon Cook writes a lot about a guy named Doug Carnell, a quirky character (of course), who he spends time with in order to learn everything you ever wanted to know about harvesting wild mushrooms. Several others are also willing to show him the ropes, often involving picking without permits in areas where they are required and even on private land without the owner’s permission. The book covers such subjects as: mushroom hunting/hunters and collecting/collectors (chanterelles, porcini, black trumpets, boletes, truffles!), a mushroom competition, mushroom sellers/buyers, descriptions of mushroom-containing dishes, and David Arora (p 229), “…his book Mushrooms Demystified is largely responsible for introducing recent generations to the charms of mushroom hunting.”

101 Things to Do on Whidbey Island by Deb Crager

Deb Crager has compiled an excellent, long list of things to do on Whidbey Island, many of which are free, categorized by season (Year-round events, Winter, Spring, Summer, Fall), which includes beach combing, bird-watching, cooking, dancing, ferry-riding, golfing, scuba-diving, horseback riding and much more. A list in the back of the book includes all 101 things, which allows adventurers to mark (or not) and make notes about their experiences. There’s also an alphabetical index and, best of the book, great color photographs, many taken by talented local photographers.