Last summer, my 28-year-old, moving-back-to-Spokane niece Vanessa and I agreed that this year, in 2015, we’d run Bloomsday together. For many runners, this is a sort of bucket list event, primarily because it has so many participants. In fact, it’s the biggest 12K (7.5 mile) race in the country and the fourth largest timed race in the USA with about 50,000 runners annually. For me it was more of an opportunity to spend time with my niece and support her running efforts. And the thought of driving 12 hours within two days didn’t seem daunting with the event nine months away.

She, like me, is a bookworm, so I asked if we also might want to read James Joyce’s Ulysses together. Vanessa did not take the bait. Many participants do not know that Leopold Bloom, Ulysses’ main character, is the man behind the odyssey of sorts who inspired the race’s name.

The two of us trained on our own. And before I began my way across the state, I picked up the audible version of Ulysses, which I’d read twice before, but never much understood, to listen to during my journey. 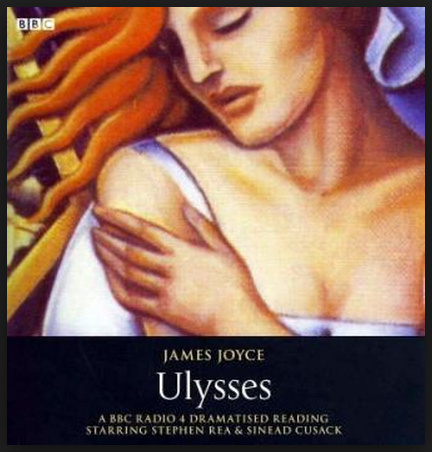 The morning before the race, I set out towards Spokane at 7:30 am with hopes of listening to most of the 7 hour 25 minute audio book along the way. I planned to make one detour, to the Ginko Petrified Forest, at Vanessa’s suggestion. When I noticed a sea of wind turbines and then came upon the Rye Grass Safety Rest Area, with excellent view of the giant structures, I stopped to capture wind energy in action. 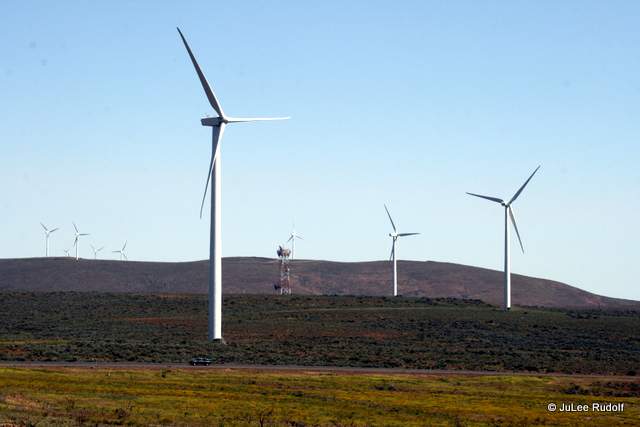 I wasn’t surprised to learn from the US Energy Information Administration that Hydroelectricity is Washington State’s primary source of generated energy, and, for January 2015 at least, its level was more than eight times that of the second largest source: nuclear (who knew?). In 2010, wind provided a mere 4.6% of the total electricity produced in our state. But I digress…

Not far from the wind turbines, I noticed signs for Ginkgo Petrified Forest State Park, which lies along the bank of the Columbia River, but that is another story. After spending some time at the state park, I continued towards Spokane.

Nearing the city, I noticed a Variable Message Sign that provided info about the race expo. Fortunately, Vanessa had agreed to pick up our race bibs and the shirt I thought I had to buy before I learned that the $18 registration fee included one made of cotton, and according to a guy I know named Mike, “Cotton kills,” (which just means it’s not to be worn for exercise), so I was happy to have shelled out an additional thirty bucks for

Vanessa’s wife Shannon and their four cats greeted me when I arrived. Actually, the cats pretty much ignored me because that is what they do. The couple lives in a neat old apartment building that lies about a mile from the Bloomsday starting line. That night, we talked a little about the logistical plans for the morning, ate dinner at an Italian place, and hung out with a friend in their apartment, petting cats and watching YouTube videos until late.

Race day weather was perfect with a forecast of clear skies and a hight of 70 degrees. Vanessa was excited to be part of a Corporate team and was determined to put something in the special drop bag they’d given her for that purpose.

I talked her out of it because of the hassle, and Harrison found a better use for it.

About an hour before the start, We made our way to the race area and followed the orange inflatable stick figure to our designated zone: green, which we landed in based on the finish time I’d predicted for my niece, who’d never before completed a 12K. The orange zoners were corralled into the block behind us.

Van and Shan’s friend Sarah had mentioned that we should leave any extra gear in the trees to be donated to local shelters after the event, so we spent a few minutes trying to do so. It was harder than you’d think.

Race info said “no beach balls” because of the potential danger to those who might be unexpectedly hit by them. So, of course, about ten minutes before our start, out they came. 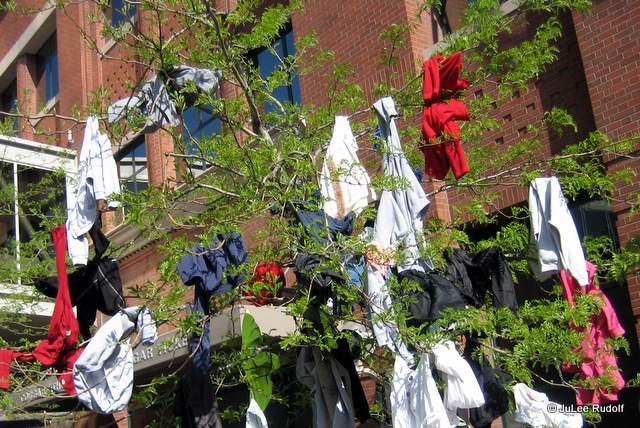 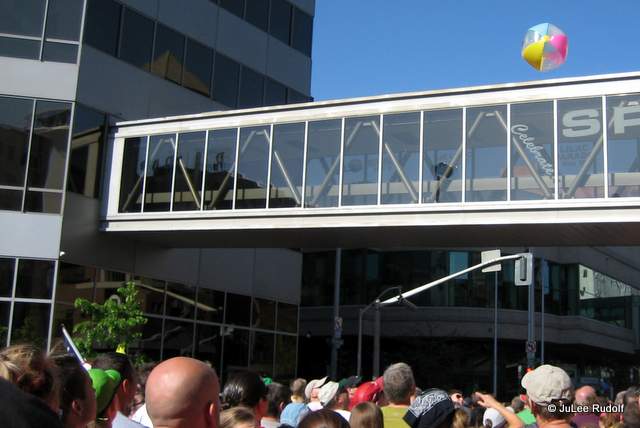 Finally, it was our time to start. We shuffled up closer to the start line to fill in the gaps before the starting gun went off, scaring the you know what out of me. And we were off, with tens of thousands of others…though not moving very quickly.

Many participants ran in costume. 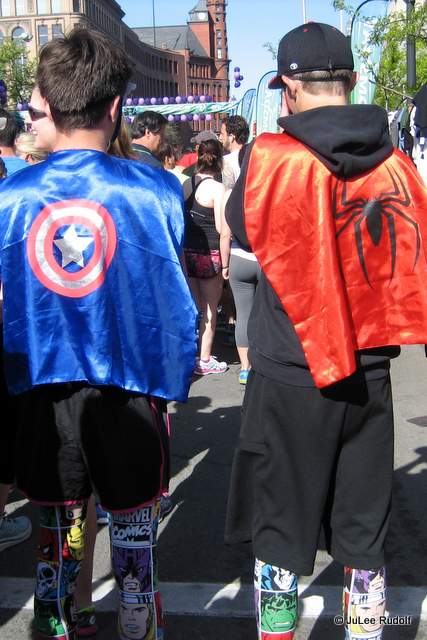 Not far from the start, we passed parishioners on the steps of a church clapping and singing. 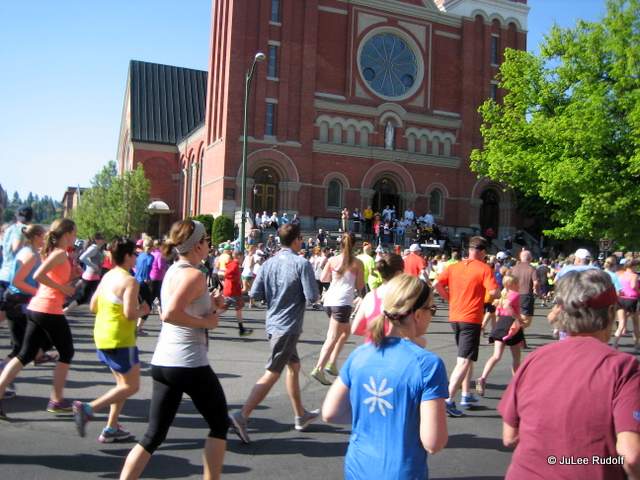 Vanessa and I talked about her goals for the race. I’d already told her that my plan was to stick with her through stop or go (or walk, or slow), though I was hoping she’d try to run the entire distance. After all, she was an all-season athlete in her freshman year of high school and played softball all four years. 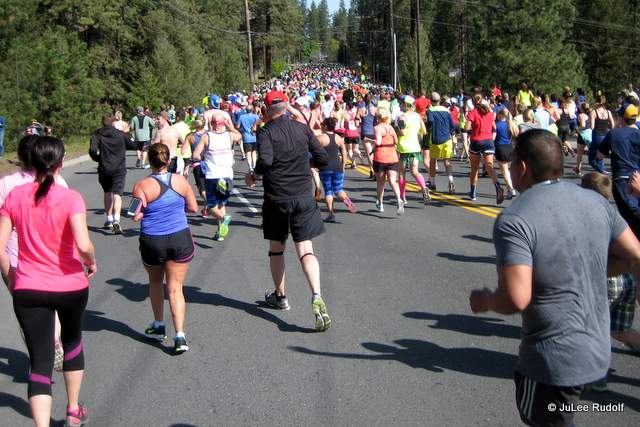 She kept a very consistent pace during the first downhill and uphill section. Soon, we neared the two mile mark, at which point, Vanessa confessed, “The most I’ve run to prepare for this was about two miles.” Huh? This was news to me. Not far past the two mile mark, a clarification, “Actually, the most I’ve run is 1.7 miles, to the ice cream shop in our neighborhood.” I’m pretty sure that was when I told her, with a smile, that if I’d known ahead of time that she’d trained so little, I wouldn’t have driven six hours to run with her…

For someone who’s longest training run was only about one-fourth of the race distance, she ran surprisingly well. She said she’d like to run slower for the first few miles and speed up at the end. I suggested she continue at a consistent pace throughout, and try to run the entire thing…including the hill, and stop for water at all four aid stations (in order to avoid what The Oatmeal calls the “sprint-choke”).

She agreed, as we approached the Doomsday Hill, which we could see from a distance as we neared mile four. Because we weren’t running very fast, the hill didn’t intimidate either one of us. We made our way to the top where a person in an inflated vulture costume greeted us. 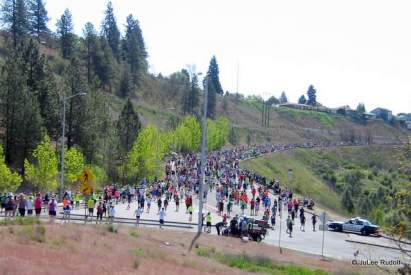 I have to make a quick tangent here to point out the fact that, except for this particular hill, the Bloomsday course is relatively flat. In fact, if you place the last 12K of the Whidbey Half side by side with Bloomsday, you can see that its 319 feet of climb exceeds that of Bloomsday’s 201 feet. Just sayin’.

One of the best things about the course, besides the fact that it’s pretty flat, is that it ends in a descent. We’d dodged other runners all along, and that did not change through to the finish line. 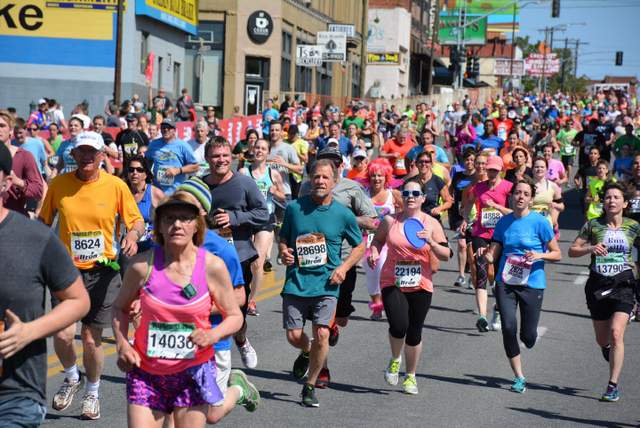 We high-fived to our success (I was totally impressed). Vanessa’s friend provided one of the strangest (but coolest) congratulatory post-race remarks.

Afterwards, Vanessa took me as her guest to the special zone for Corporate team members, where we waited in line for food. The man in front of us was Charlie Bean, one of 104 “Perennials,” persons who have run every single Bloomsday race since it began 39 years ago. He said that during the first year, they got a t-shirt and hamburgers and hot dogs afterwards. That was the year that Frank Shorter won. 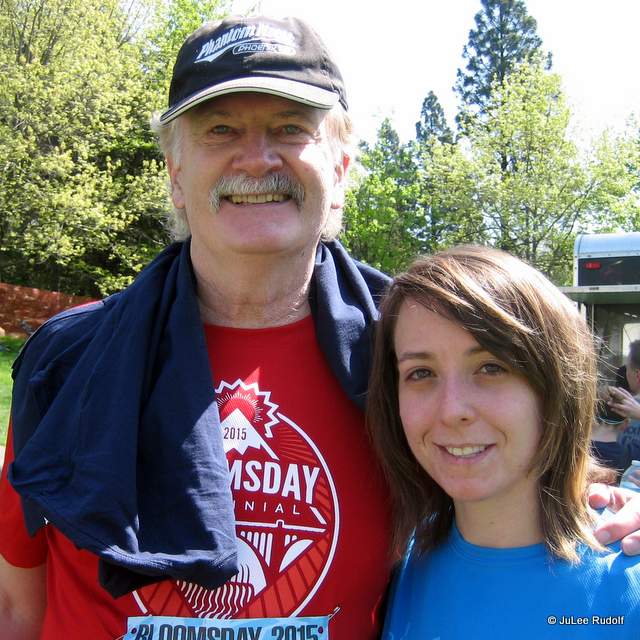 For Vanessa, best of the race: having Auntie’s support (aww), seeing all the people who participated in and supported the Bloomsday run, and the live music and spectators because both were very distracting in a good way. Worst: weaving through all the people at the always congested water stations, though it wasn’t too bad. She plans to run it again next year, better prepared, and try for a PR. For me, best of the race: without a doubt, accompanying Vanessa on her successful quest to complete the race without walking.

My advice to prospective participants: skip Ulysses and just run the race. If possible, befriend Vanessa. She’s a great host and an inspiring running partner.

During my six hour drive home, I finished listening to one day in the life of Leopold Bloom. The third time was not a charm. I still just don’t get it. And I truly wish that I did. The fact that Modern Library ranked it first on The Board’s List of 100 Best Novels and I can’t seem to like much less understand it troubles me. If I must read about just one day, give me Mrs. Dalloway (or Ivan Denisovich) over this guy’s strange story.