Spice Up Your Running Life

After completing the Whidbey Half Marathon for the fourth time in 2011, I realized that I needed to spice up my running life. To prepare for that race I’d trained the way I’d always done; alone for every workout while following a combination of Hal Higdon’s Half Marathon Training Guide Intermediate and Advanced versions. Race day was as usual, rainy. In addition, the forecast called for a temperature of 43 degrees (feels like 39) with wind gusts of 20 mph. I ran my slowest pace ever for the WHM, feeling awful the entire time. Afterwards, I exchanged messages with my good friend Sheryl, who’s been running as long as I have. She suggested that I find a training partner or running group, so I did. It took me nearly a year, but by the next time the Whidbey Half rolled around, I was better prepared mentally and physically and on my way to gaining: running partners (who became friends) and new running experiences and adventures.

My poor performance in 2011 reminded me of something I’d known for a long time: if I wanted to run faster, I’d have to train faster and include intervals as part of my plan. I also decided to take Sheryl’s advice and so made a post-2012-race week running date with a prospective training partner named Nina. In 2012, I completed the half with a WHM PR and ran with Nina weekly through the end of June. In the fall, our duo morphed into a group and Nina suggested we hit the trails, which we’ve been doing, mostly on the Anacortes Forest Lands and Deception Pass State Park, nearly every week for the past 2.5 years. That first fall, with multiple women runners participating, it seemed like a good time to see if we could find a dozen women willing to form a Ragnar Northwest Passage team for the summer of 2013 race. We did. And had a blast!

Making small changes to my running routine helped me gain lasting friendships, improved my performance, nudged me into participating in different events, pushed me towards spending time on the trails and, in general, resulted in me having more fun running than ever before. It has also enabled me to put together this list of things I’ve learned during three decades as a recreational runner.

Ten Things to Spice up Your Running Life

Everyone seems to think that the ultimate sub-ultra distance goal distance must be the marathon, but it doesn’t have to be that way. While a progression of 5K, 10K, 15K, Half-Marathon and Marathon makes sense, most folks have a favorite distance (mine is 13.1 miles) and tend to stick with it. Last June, I read a Runner’s World article about the benefits of training for 5-Ks entitled C’MON EVERYBODY!, in which runner/author Laura Fleshman, a two-time U.S. outdoor 5000-M champion, claims that “the 5-K is FREAKING AWESOME” and shares a story about striking up a conversation with a guy on a plane who looks like a runner (he is, a marathoner). With no clue about Fleshman’s running prowess, (she placed second at the UW Invitational Indoor Mile in January in 4:42.77) his reply to her revelation that she mostly runs 5-Ks is, “I started out running 5-Ks, too…Keep at it, you’ll get there.” That cracked me up. The issue also include Top 10 Reasons to Spend a Year Focusing on the 5-K, 5-K Takeaway and a six week training plan. It’s available through EBSCO Host Connection. This year, I’d like to see how fast I might be able to run a 5-K if I actually train for it. I haven’t done one since the Carlsbad 5000 in the mid-nineties. Of course, I’d also like to find out if the distance IS, as Fleshman says, FREAKING AWESOME.

Do a Destination Race

Running local races is convenient, especially the part about getting to sleep in your own bed, but driving (or flying) to experience a race elsewhere can be really fun, especially if you don’t go alone. My friend Shannon and I traveled twice during a five year period to participate in the Seattle Half Marathon, which starts downtown, a mere five minute walk from the La Quinta Inn. It’s a huge race with a hilly, pretty course that takes runners through the Washington Park Arboretum. Last year, my friend Erin and I headed north across the border to Canada to run the Vancouver Half Marathon, which boasts stunning scenery along a course that passes through Stanley Park. We stayed in a hotel, rode the rails, ate in restaurants and did a little bit of sight seeing. My favorite part, besides having a really good race, was riding the SkyTrain early in the morning with dozens of fellow runners heading to the same place. I can’t wait to do another destination race.

Find a Partner or Group

The Regulars: my awesome running partners

I have never minded running alone. In fact, I’ve put in many more miles solo than with others. But in the last few years I’ve spent much more time running with others and have totally loved it. Not only do you get the chance to make lasting friendships, and find out what others who have different strengths, weaknesses, running knowledge and goals are up to, but running with others helps motivate you (and them) to actually get out there and to be a better runner. 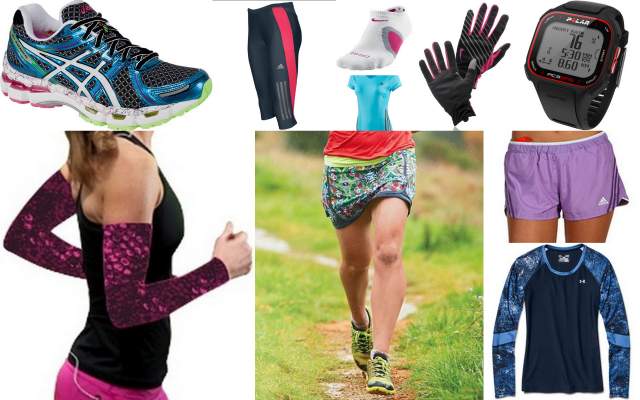 I used to think that gear didn’t matter and would wear any old thing. In fact, I confess, I felt a certain level of disdain for folks who would look really pretty in their expensive gear but spent the last few miles of a race walking. I’ve since changed my view and my tune. There’s a lot of good quality, great gear out there these days, not only cute, practical clothes with moisture-wicking fabrics, but useful items like compression socks and tights, warm gloves and special shoes that provide great grip on the trails. The most important item I’ve acquired recently was a GPS watch. Although sometimes it provides more accountability than someone like me needs, it’s a great way to keep track of your pace, elevation gain and total distance, especially when trail running.

Give Trails a Try

I can’t believe that I’ve spent the last nine plus years living near miles of trails and have only begun running on them during the past few. Unfamiliar at first, I would trip and fall over protruding roots and rocks regularly and felt a little lost and a lot stressed by not knowing what I’d find around the next corner. But with a good map, some experience and patience, I’ve learned a lot of the trails locations, names and numbers and now spend most of my time on the trails. Doing so has given me the chance to see some neat plants, animals and birds and enjoy the peace and quiet that communing with nature provides. 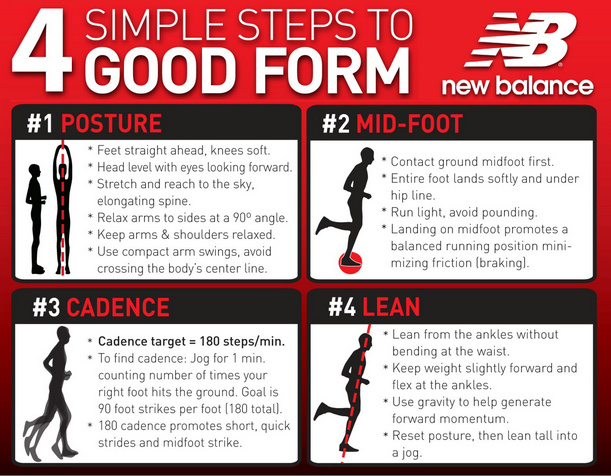 A couple of years ago, our running group decided to take a field trip to Fairhaven Runners in Bellingham to check out their shoe selection. While there, we learned that they offer a running-form clinic every month and, at that time, were willing to take it to us in Anacortes if we could come up with eight paying participants. We did and on the specified day we met the clinicians guys along the Tommy Thompson Trail where they taught us the concepts of Good Form Running, which involves Posture, Mid-Foot (strike), Cadence, and Lean. The next week, I headed out on a long run and tried to incorporate all I’d learned. It was a disaster. The following day my feet and legs felt sore because I’d tried to do everything right and felt like I was doing it all wrong. Since then, it’s been better. I’ve consistently incorporated all but Lean into my running form. If you are interested in Good Form, check out Fairhaven Runners’ Store Clinics link for more information about this class and others that they offer.

Did you know that listening to music helps decrease pain levels? It’s true. And anyone who runs knows that listening to an up-tempo playlist while running can motivate you to, at best, run faster, or, at least, continue on when you just aren’t feeling it. I often listen to music when I run on the roads, though not on the trails because I think it defeats the entire purpose. Plus, it seems kind of dangerous. The one thing I learned the hard way was not to rely entirely on running with music. Doing so may make you feel like you can’t run without it. One year I arrived at race parking, grabbed my iPod and checked the battery. It was dead! I ran the race feeling like a gal with a broken leg who’d lost her crutches. Since then, I always make sure to complete several long runs music-free, just in case.

Read All About It

I love reading about running and have read both dogs (no offense Man’s Best Friend) as well as some great, highly motivating books and blogs like The Oatmeal and Runner’s World. I’ve even seen a few movies on Netflix like Prefontaine and Desert Runners. I think that reading about running is just one more way to learn about other runners’ experiences and maybe get inspired to try something outside your running comfort zone.

Last year my friend Nina shared a training program she’d learned about with me. It was Run Less Run Faster, a 16 week program that required only three days of training per week (plus two days of cross-training) that, if followed, would supposedly lead you to faster race times. I decided to try it. It was very pretty difficult (I can’t imagine following the marathon plan which required very long runs starting only a few weeks in), but, in the end, it worked. Although I won’t be doing it again any time soon, I think it’s a great program, well-worth the effort if you want to increase your speed.

Several years ago I noticed a post on a local running group’s Facebook page about Ragnar. Only about a month from race day(s), a team was looking for someone to run three legs totalling 16 miles. I felt too intimidated to take it on, and later regretted it. Then, after a group of us gals began running together, we decided to form an all-rookie team in 2013, which I captained. It turned out to be one of the funnest running events I’d ever done. The following year, we formed another team consisting of six veterans and six newbies. This summer, we’ll do it again. If you’ve never run Ragnar, I highly recommend that you do. It’s as challenging as it is fun. And anyone who lives anywhere between Blaine and Langley is so close to the Ragnar Northwest Passage course that they have no excuse not to sign up. If you don’t live here, there are plenty of Ragnar Relays all over the United States.