Recently, I took two trips in as many days to Joseph Whidbey State Park, which, although not far from where I live, I hadn’t spent much time in the past. My husband warned: it’s wet. That turned out to be the understatement of the year.

The first time, I parked in a large gravel parking lot on the east side of the park along Crosby Road, which provides access to Moyers Loop, shown on the map as 1.2 miles long. The Official Park Map is less detailed. 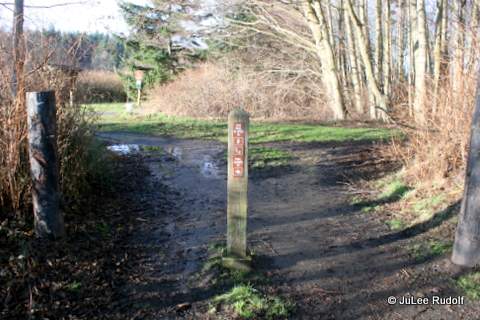 Entrance to Moyers Loop at JWSP

Entrance to Moyers Loop at JWSP 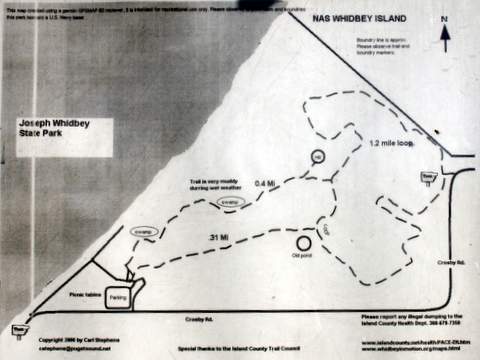 I wondered whether the trails at Joseph Whidbey were long enough and passable enough for trail running. After reviewing the map, I headed to the left, planning to complete a clockwise loop. I noticed that initially, the trail was wet, grassy and flat. Things looked good for future trail running. 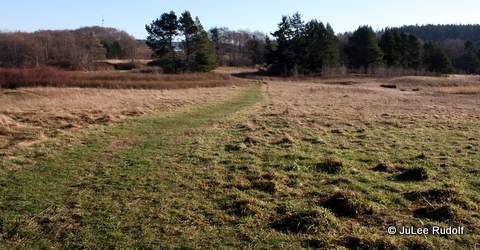 Soon, I entered an event wetter section that branched off of Moyers Loop (shown as 0.31 miles on the map) that was surrounded by trees. I heard two eagles calling to one another, then came upon this fire pit with a cluster of several large feathers hanging from a nearby branch.

Ivy covered the ground just past the pit.

Moss, lichen and fungi and decaying logs, branches and plants covered nearly every surface of the ground and much of the lower parts of the trees. 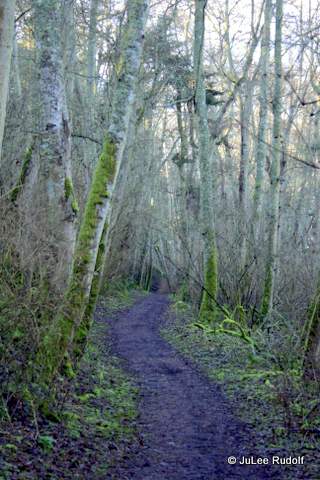 Path to the west from Moyers Loop at JWSP 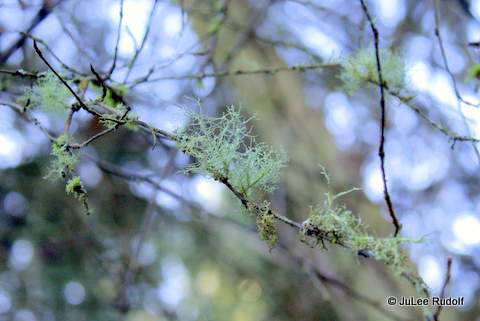 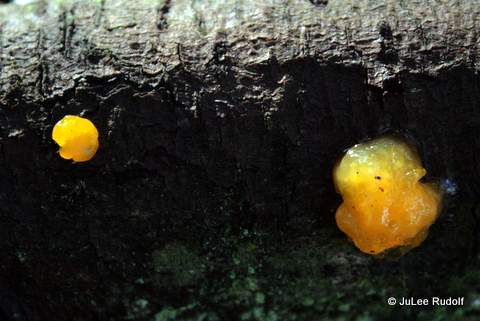 I’d never seen this species of white fungus? before. 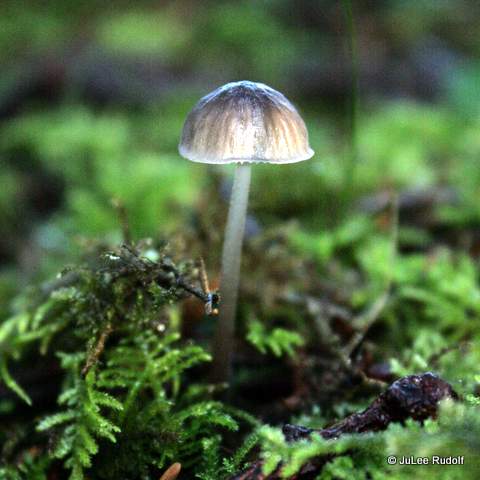 There were several different types of trees, including this covered in tangled branches. 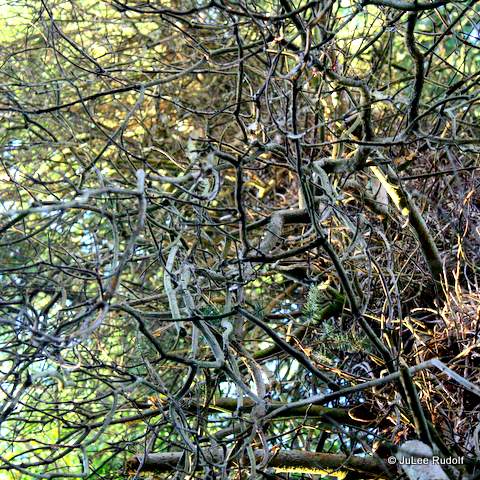 Before long I’d reached the parking lot at the main entrance to the park with signage about the hours (8:00 am to dusk), requirement of the Discover Pass and restroom.

From there, I headed towards the beach, where there is a covered picnic area. 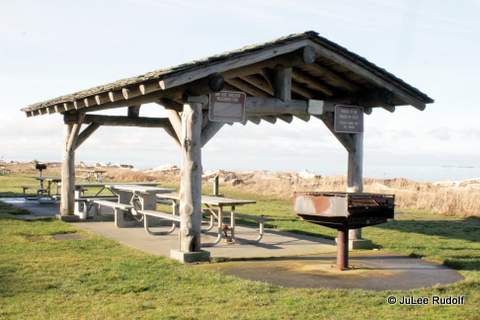 View towards the SW at JWSP

As is the case during much of the winter, the tide was pretty high. The beach was covered in glacial till, driftwood and seaweed.

View towards the north at JWSP 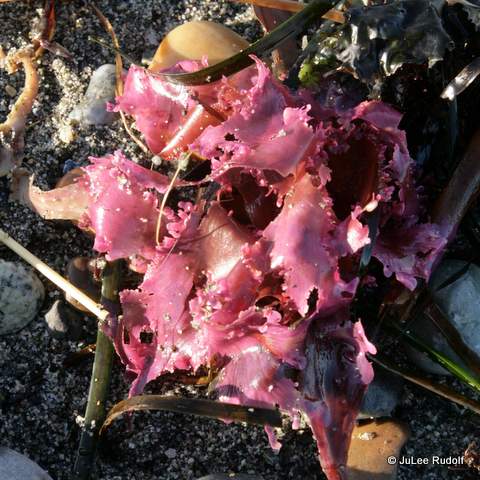 A friendly guy walking his dog answered my question about a trail just above the beach. He said that it ran about a mile or so, eventually leading on to NAS Whidbey, where walkers were allowed unless orange markers had been placed to indicate that the munitions range was in use.

I returned along the same way I came, took a few photos, and planned to try the beach walk another day. 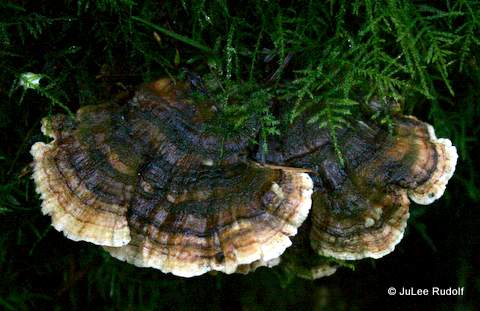 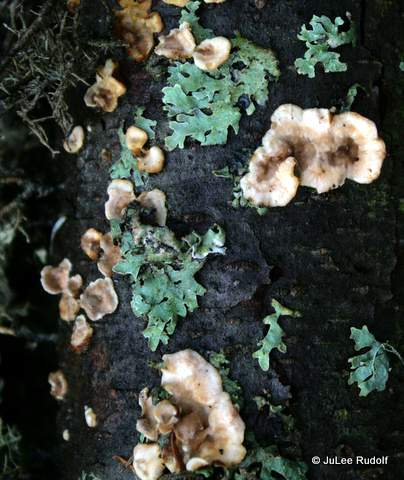 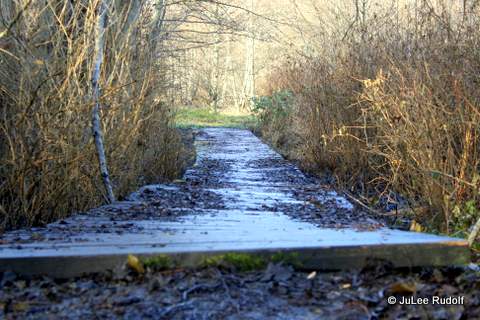 Board walk along the Moyers Loop at JWSP 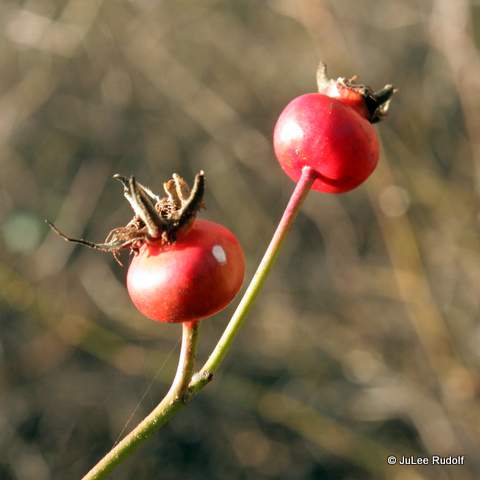 I’d never seen this type of lichen? before. 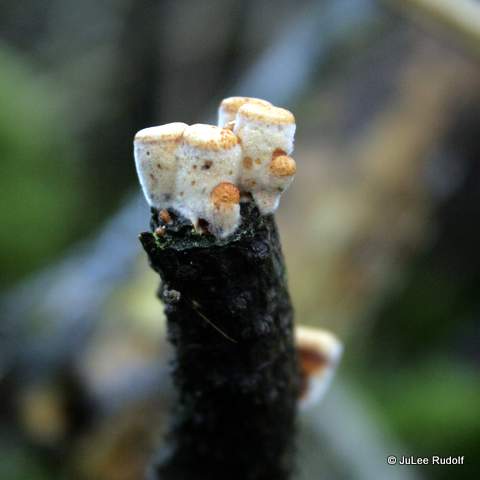 The next day, I returned, parked near the main entrance and followed the path marked 0.31 miles on the map towards Moyers Loop. I completed much of the loop, slogging through water and mud, then headed down to the area very appropriately marked “swamp” 0.4 miles, where I found deeper water, sloppier mud, small ponds and exactly the types of vegetation I expected.

Stairs leading from main parking lot to swamp at JWSP 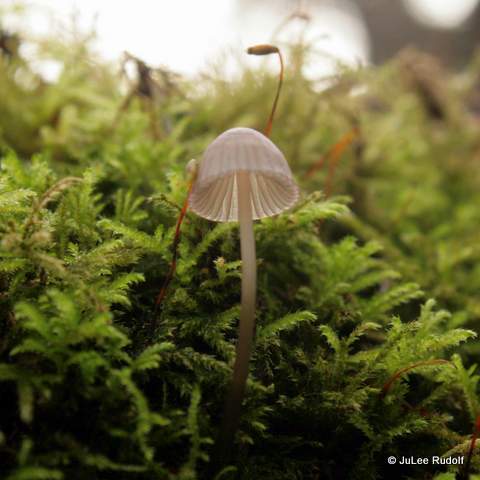 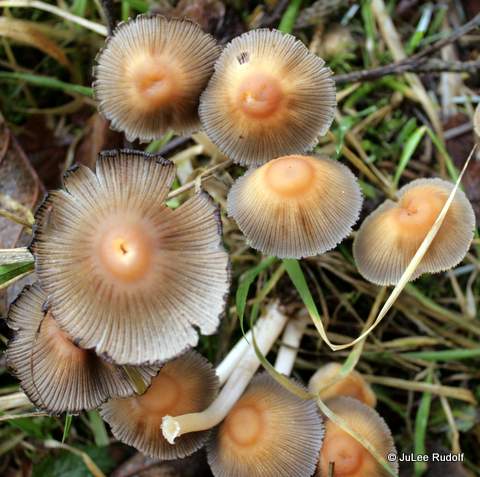 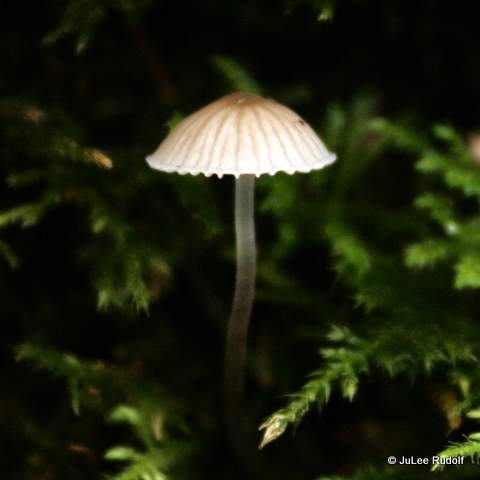 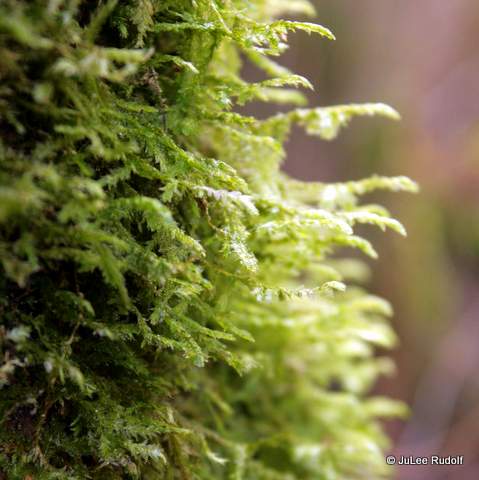 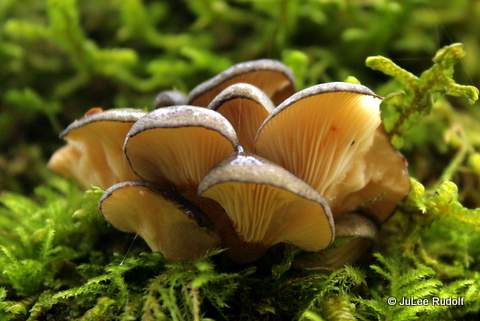 Persons had even made an effort to build a bridge of sorts. At other locations along this and the Moyers Loop, someone had placed branches and flat boards amidst the muck to make for easier passage.

Past the swamp area, I noticed a path that led up a hill, so I followed it, later noticed it marked firm-grasp-of-the-obvious as “Hill,” which provided a nice view towards the northwest, then ended. 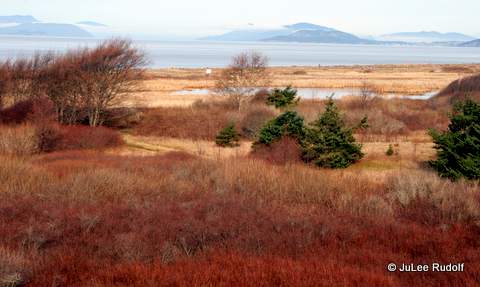 Returning to the loop trail, I traipsed around to the sound of weapon fire from the NAS Whidbey gun range and then continued back to the beach hoping to give the beach trail a try. With my trail shoes already sopping wet, I was willing to cross a little water. The further I walked, the deeper it got, so when I reached the other end of the first in what appeared to be a series of short narrow trail ponds, I gave up, walked towards the shore, and headed back to my vehicle. Using MapMyRun, I found the distance from its start, near the covered picnic area, to Rocky Point Road, beyond which you can’t go far, to be just over a mile one way. I concluded that during dryer conditions, Moyers Loop would be a good place for a beginner trail runner to try, but will have to wait for better weather to learn more about the beach trail.

While at the park, I spoke to a several dog walkers, all of whom sung the park’s praises in spite of all the water and mud. I plan to return some time this spring.

One thought on “Navigating the Trails at Joseph Whidbey State Park”