Always on the lookout for a new place to trail run, I headed out to Sharpe Park, “Together, Montgomery-Duban Headlands Park and Sharpe Park comprise a forest of over 110 acres and almost a mile of natural area shoreline,” to hike on a recent sunny afternoon, thinking that it would be a great opportunity to check out the view. 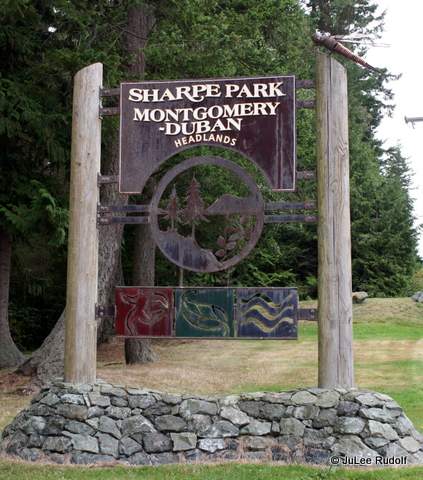 Map in hand, I took a look at a sundial surrounded by benches near the trail head. 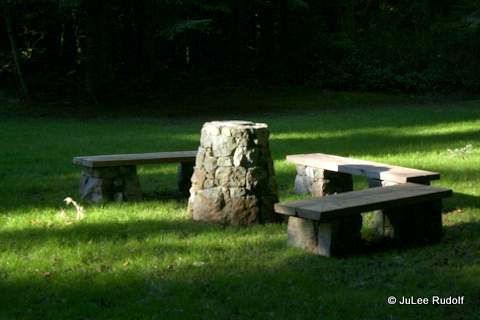 The quote along the perimeter is Rachel Carson’s, “In every outthrust headland, in every curving beach, in every grain of sand there is the story of the earth.” 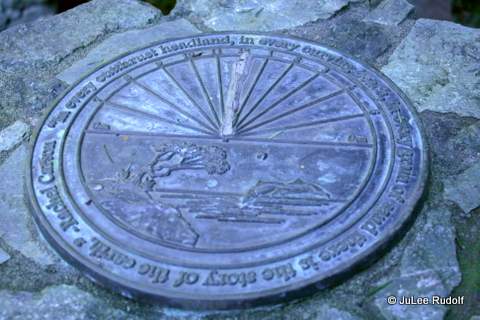 Then I made my way to the Wetland Pond. 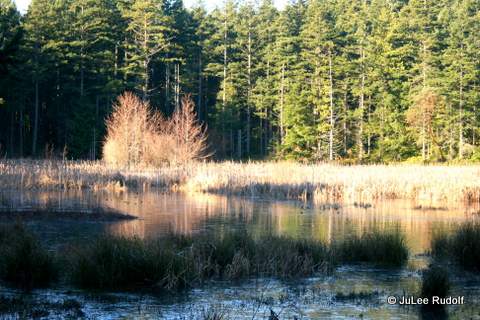 Ice at edge of Wetland Pond at Sharpe Park

I followed the well-marked way along the perimeter trails: Sharpe Park and Upper Loop, realizing pretty quickly that it was a little too technical, narrow and steep in places to make for good (safe) trail running.

Along the Upper Loop trail, I noticed some fungus on downed trees that I had not seen before.

Camera icons on the map show locations of great views. 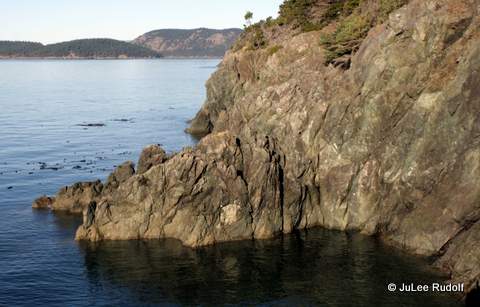 Near the face of the bluff, the water was filled with Bull kelp.

Near the junction of the Bluff Trail with Starbucks Connector, I encountered a woman, who I thought was taking a break, but was, in fact, looking at “the composition.” She was knowledgeable about local plant species, so I asked her the names of a couple of plants, which she provided (both scientific and common names): a type of Reindeer lichen and sedem. She offered to show me an orchid no longer in bloom, called the Downy rattlesnake orchid, which I then noticed along parts of the Starbucks Connector trail after I thanked her and continued on my way. 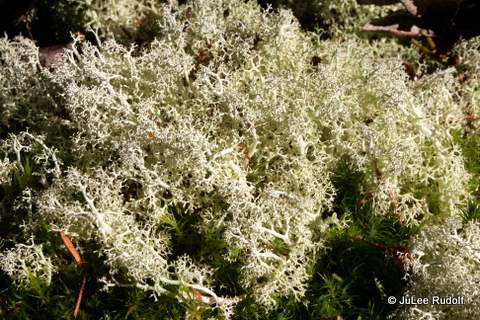 I continued to Sares Head Viewpoint, which has some stunning views that I won’t ruin for you by providing more than one image, looking south towards Deception Pass State Park.

Near the bench at the top, I noticed a type of lichen that I’d not seen before.

It took me nearly an hour to get to this point, having traveled about 1-3/4 miles to the uppermost part of the Sares Head. Unfortunately, I made a small but significant mistake as I followed a trail that continued towards the northwest (private land) instead of retracing my steps. I returned to the park to share the view at Sares Head with my husband and our tries-to-drag-you Cairn terrier, Scamper, the next day, following the Lower trail on the way over and the Upper trail on the way back. It took only about 20 minutes to reach the view point which is about three-fourths of a mile one way.

After two hikes in as many days, I concluded that this isn’t a great place for trail running but it is for hiking. I plan to spend more time at Sharpe Park in the future.